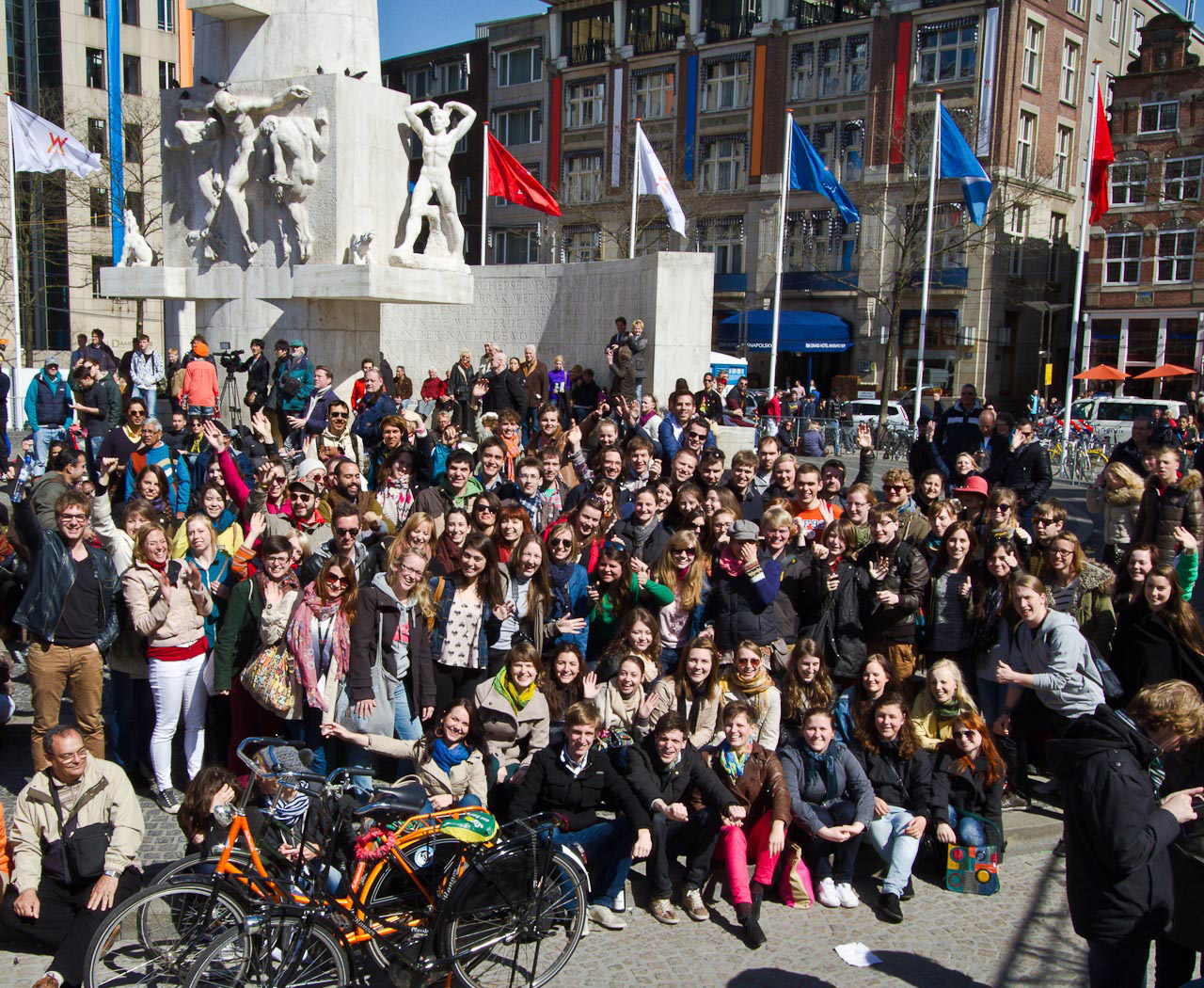 The Forum for European Journalism Students, together with partners Evens Foundation and Café Babel, kindly invite you to the 2013 Annual Congress (AC) in Utrecht, the Netherlands, which will take place from the 25th to the 30th of April.

The topic of this year’s AC is ‘Imagine Europe: The remainder of the European Dream beyond the economic markets – is there a European society of culture, values, narratives and solidarity?’

We, as the Dutch Organising Committee (OC), want to portrait a broad picture of the non-economic Europe. Now that Barroso, Verhofstadt and Van Rompuy are daydreaming out loud about a European federation, we want to offer the young journalists sufficient and in-depth insights into that other Europe, the one of the narratives and diversity. The aim will be less on journalism than in other years, but it will not be forgotten – the editorial board of El País will be with us, NRC Handelsblad will be involved, and quite some lectures and workshops will be dedicated to our profession. However, we believe that each journalist needs up-to-date knowledge of high quality to be able to report at the same level of quality. Therefore, we have invited about twenty Dutch and international high profiled speakers, to give lectures and workshops and to participate in debates and a panel discussion.

Subjects which we will discuss are, among others: Until where do the borders of Eastern Europe reach in terms of culture, geography, religion, linguistics and political values? Does a common European culture actually exist or is there even a creatable esprit européen, and if not, is that amiss? Should Europe have its own army, be upfront globally in terms of environment policy or human rights, by means of soft power? What does the art of painting tell us about Europe, what is the status of active European citizenship, a public space – which role is there to play by journalism? In what way is the European novel binding, amazing and educating us?

As usual, Thursday is the day of arrival and in the evening there will be the traditional presentation of the countries’ delegations.
On Friday, Evens Foundation, the OC and the board of FEJS will present themselves, followed by a series of lectures, a poetic intermezzo and a tour through Utrecht.

On Saturday, there will be a main lecture by an international guest, and the group will be split up for four workshops:

Photo journalism – Get involved in the techniques and theories of photo reportages and experience it yourself later on, guided by a professional photographer. A camera of your own is required.

European arts – Learn about the European arts from an art historian and critic, and use his opinions and views for your own essay in one of the main museums in Amsterdam.

Blogging for Café Babel – If there’s one website that knows all about Europe and its languages, it is Café Babel. Two of their editors will train you in the art of blogging, and you will write a piece of your own – a selection will be published. Most probably supported by Monica Sassatelli, writer about European narratives.

Debate and speech training – A speech and debate expert will train you in the morning in the techniques and theories of his profession, and after some exercises, the group will split up into a debate and a speech group. The topics will be current European affairs, and the debate final will be held the next day, in front of all the attendants, and the winning speech will be performed again as well.

Investigative journalism and storytelling – Journalists and experts will show different investigation techniques like searching databases, searching archives and using social media. And how do make such a tough article readable? By using storytelling.

Sunday brings one panel discussion, with academics and politicians, followed by another series of lectures and a cultural happening.

On Monday, we will head towards Amsterdam for an excursion, with many options; visiting NRC Handelsblad, the European Cultural Foundation, the museums, the concert hall, et cetera.

Tuesday might be the day of departure, but we highly recommend you to stay for another day. It will be at your own costs, but you will experience the orange chaos of Queensday in Amsterdam, and regarding even more European culture; the inauguration of the new Dutch king, Willem-Alexander, in the heart of the city. (If you want to stay, we can book the same room for you in our hotel, if you send an email to fejs.nl@gmail.com – it is relatively expensive, though, about fifty Euro per night. You can also opt for a cheaper hostel and send them an email yourself; contact@stonehotel.nl or info@strowis.nl.)

The application process will be proceeded via this link:https://docs.google.com/spreadsheet/viewform?formkey=dFNaQ1ZNY0pPRFlvd0NEdGl1ck5iZXc6MQ#gid=0.
All application forms must be filled in online before the 24th of February 2013. All applications that are received after the deadline will go directly to the waiting list. Such applicants will be informed by the Secretariat when and if they will be accepted to the Annual Congress.

Up to a hundred participants will be accepted to the AC 2013. If there are more than three applications from a single country’s school the Secretariat with the supervision of the Executive Board will decide who will have the priority to participate. The main criterion will be the date of application.

Looking forward to welcome you in Utrecht!

2 Comments on “Imagine Europe – the Annual Congress in Utrecht”